On the Friday before Christmas, I had the privilege of filming the return home of Caleb Clausen, a 6-year-old boy from my hometown, who faced life threatning injuries in September after he was struck by a semi tractor-trailer. You can watch the video above.

After the accident, Caleb came home three months later and was welcomed home by the community just in time to spend Christmas at their family home. After 10+ surgeries, Caleb is an answer to prayer and a miracle before our eyes.

I have followed Caleb's journey since day one. With children ages 5 and 10, I can't imagine what the Clausen's have been through. Ben, Caleb's father, has called it a rollercoaster of emotions.

Personally, I have been touched by Ben's blog posts throughout Caleb's recovery. His post six days after the accident, which you can read here, is full of honesty and grace. Below is a excerpt.

You see, nobody is at fault here. Nobody could prevent this. It is simply a freak accident. Yes my child is in critical condition fighting for his life and I know and have made peace knowing that nobody can be blamed. I have reached out and prayed with the semi driver, visited with the mother and gave her son a big hug, and have sat by my son's side for a week straight praying that God keep him strong while he is fighting for his life. I blame nobody. I know God is in control of this and he will see us all through it.

I sent this video to the Clausen's on Christmas Eve night. I wanted them to view it first before it was released to the public. Christmas morning I received a message from Ben:

Thank you so much! This is very special and topped off our entire Christmas. Thank you!

I'm glad I could play a tiny part in making their Christmas special. 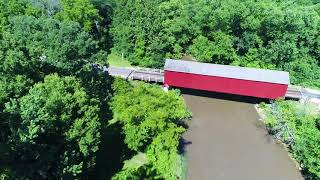 Why Online Reviews Are Important

Back to the Basics: Digital Marketing Needs For Businesses 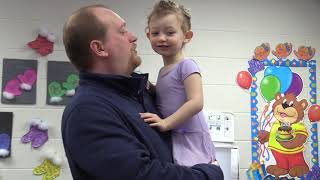